Can our food systems prioritise food, health, and livelihoods whilst staying within environmental boundaries?

The industry-led input intensive agriculture systems have been mainstreamed in India and the world for more than half a century. Today, we as consumers are more aware that the same system also made us prioritise less diverse and nutritious meals and has been environmentally destructive.  Introspection on results from the multiple long-term fertiliser trials in rice-wheat systems have revealed the gradual deterioration of soil health and thus long-term productivity due to overuse of synthetic fertilisers. In 2016-17, the area under millets stood at 14.72 million hectares, down from 37 million ha in 1965-66, prior to the pre-Green Revolution era. (Hindu Business Line, 2018) Input intensive production models also did not translate into higher incomes for small farmers. The ratio of income per non-agriculture worker to income per cultivator, ranged between 3 and 4.08 (1990s – 2018), causing an adverse effect on the future of agriculture in the country. (NITI, 2017)

Can our food system in India transform towards healthier options and securing farmer livelihoods while staying within environmental limits?  Sankalp Forum 2022 hosted a session on “Transforming the Food Systems” where Shailesh Nagar (NRMC); Rajeev Ahal (GIZ) and Shivkumar Surampudi (ITC) shared some insights that I found interesting in this context.

As of today, the answer depends on which state you come from. Some states are transforming at a faster pace than others. There is Punjab, which despite investments is not able to change crop choices that can prevent stubble burning. While on the other hand, we have a state like Odisha that has adopted the Millet Mission and is inspiring other states to join the league. Natural and organic farming is a big movement amongst farmers in Andhra Pradesh, Himachal Pradesh, Sikkim and Madhya Pradesh, with all these state governments committed to the agenda of safe and nutritious food in alignment with environmental boundaries.

Measurements of the expectations and outcomes of food systems in many ways determine the direction of progress in the system. Current food governance systems measure land productivity and efficiency as critical indicators to measure the state of well-being of the food system. The current metrics to measure productivity are suitable for monoculture based systems. Productivity calculations do not account changes in productivity measures if there are multiple crops coming from the land in the same time period. It is important therefore, even within the paradigm of productivity, to include cumulative yield of multiple crops when such an indicator is studied in a diverse setup. Furthermore, what can be more important is to study the nutritional value generated by the farm, which will depend on the crop choices made by the farmers. Measurements of agriculture systems need to also measure labour productivity and the income generated for the farmer per unit land, and/or return on investments to the small-holder farmers.

A systemic approach that looks at food systems at three levels: the natural ecosystem level (environment), the farm level (livelihood) and the consumer-plate level (nutrition) needs to be developed. It is important to note that each of the three are essential for having a sustainable food system. One cannot prioritise ecosystem indicators without valuing net farmer incomes or nutritious food options. Similarly any option that ensures better incomes to farmers must also qualify better environmental outcomes and provide healthy options for the consumers.

The choices will not be as simple to make. Historical evidence corroborates that higher land acreage per farmer was the main driver for boosting agricultural labour productivity and convergence of incomes across sectors. This has led to monocultures and low resilience to economic and climate shocks in the OECD in the 19th-20th century. This is causing faster depletion of natural resources (soil, water) and adding the risk of severe social and political crises in 21st century Asia today.

So when India chooses its option of technology and models for farming, it will have to take into account social and environmental concerns. It is important that the principles that shape how we produce, access and consume food should be based on institutional innovations, including the design of new scientific research coalitions, support for short value-chains, more local employment generation, local information collection and analysis, etc. to emphasise a production paradigm that is integrated with human and ecosystem health.

A production system that thrives on closely exploring the potential of biological connections both above and below the soil surface is the one that brings safe and nutritious food to the consumer’s plate. It is more labour intensive as weeds in such cases are usually removed manually; and the system involves multi-cropping patterns of production. By choosing a model or approach of farming, a smal holder farmer chooses its relation with the ecology, including water, soil and carbon sequestration of the system.

The question on whether our food systems can prioritise health and livelihoods within environmental boundaries will largely depend on whether consumers, governments and corporate structures compensate the farmers duly for the real value of the food produced, including their services to conserve the ecosystem.

Watch the session to learn more 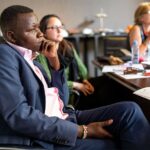 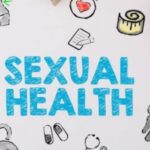